Perhaps the greatest honor bestowed on Printsonalities thus far was to be chosen to create the invitations for the Presidential Inauguration of President Benigno “Noynoy” Aquino III and Vice President Jejomar Binay. As Chiw says, “It’s not everyday you are given an opportunity to make invitations of international significance that will be received by foreign dignitaries and heads of state all over the world.” 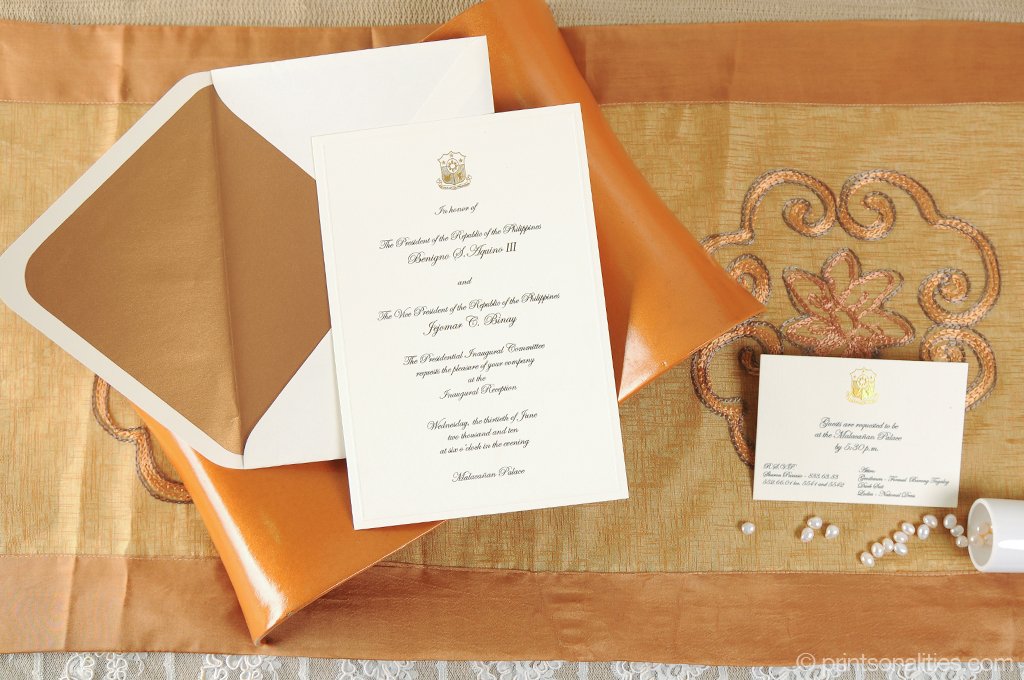 More than just the prestige, we were thrilled at being a part of the historic inauguration of a president we believed in. For this auspicious occasion, we designed an elegantly classic thermograved invite with embossed borders, featuring a gold-foil embossed seal of the Republic of the Philippines. Apart from the official inauguration, we also designed the invite for the celebratory party at the Malacañang Palace afterward.